Mark L. Green is Distinguished Research Professor in the Department of Mathematics at the University of California at Los Angeles. He received his B.S. from the Massachusetts Institute of Technology and his M.A. and Ph.D. from Princeton University. After teaching at the University of California at Berkeley and MIT, he came to UCLA as an assistant professor in 1975. He was a founding co-director and later Director of the NSF-funded Institute for Pure and Applied Mathematics. Dr. Green’s research has taken him into different areas of mathematics: several complex variables, differential geometry, commutative algebra, Hodge theory, and algebraic geometry. He received an Alfred P. Sloan fellowship, was an invited speaker at the International Congress of Mathematicians in Berlin in 1998 and gave the Chern Medal plenary laudation at the International Conference of Mathematicians in Seoul in 2014, and is a Fellow of the American Academy of Arts & Sciences, of the American Association for the Advancement of Science and of the American Mathematical Society. Prof. Green served as vice-chair of the BMSA study on The Mathematical Sciences in 2025, and served on the International Advisory Panel for the Canadian Long Range Planning Study for Mathematics.  He was part of the US Delegation to the General Assembly of the International Mathematical Union in Bangalore in 2010 and Chair of the Committee of Visitors for the Division of Mathematical Sciences at NSF in 2013.  He has served on the scientific boards of the Institute for Pure and Applied Mathematics, the Centre de Recherches Mathematiques and the Banff International Research Station, and was a Trustee of the American Mathematical Society.  He served on the Mathematical Advisory Panel for the exhibition “Man Ray: Human Equations” at the Phillips Collection in Washington, DC and on the Advisory Committee of the Association for Women in Mathematics. He serves on the Board of Governors of the group Transforming Postsecondary Education in Math. He is Chair of the NAS Board on Mathematical Sciences and Analytics and is a National Associate of the National Academies. 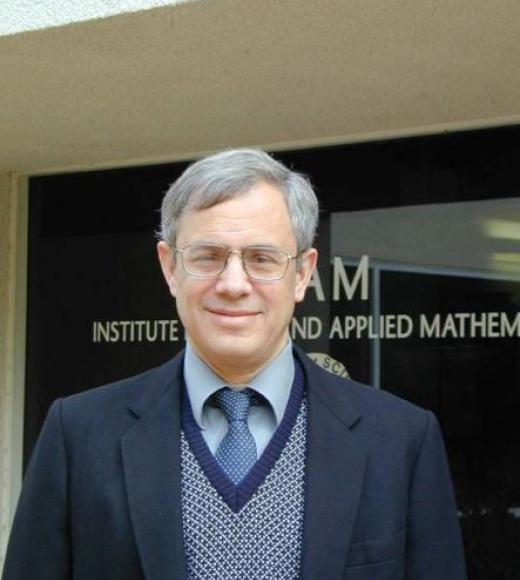 © 2022 Regents of the University of California